25 years of online trade - the development of e-commerce

E-commerce is now a quarter of a century old. It's hard to believe that online retailing has been around for so long. But it also started very small. Behind the 25 years is a great development of e-commerce, with many improvements and innovations. It's not for nothing that mail order is so popular and so successful.

The evolution of e-commerce

In the beginning was...the Internet. You probably don't need to rewind that far, but not too long after the invention of the Internet, e-commerce also had its debut. On August 11, 1994, the first transaction was made in an online store. Exactly what qualifies as the first online purchase is a matter of disagreement. There are three different stories that are said to have heralded the start of online commerce.

According to the first story, online trading started with students at the University of Standford. In the 1970s, they processed a purchase via the Internet's predecessor, Arpanet. In the process, the students reportedly conducted a transaction with their colleagues at the Massachusetts Institute of Technology. The purchase allegedly involved a bag of marijuana.

In the second story, the first commercial transaction took place via teletext. Even before the days of today's Internet, 72-year-old Jane Snowball is said to have purchased groceries via her television set. As part of a pilot project, the woman's television was connected to the system. The 72-year-old then selected margarine, cornflakes and eggs from an assortment of about 1000 items on Teletext. By pressing the button on her remote control, she sent the order to the British grocer Tesco.

The third story is about the first purchase made over today's Internet. On August 11, 1994, the first documented sale via an online store took place. This included a check-out and encrypted credit card payment. The first official online buyer is Phil Brandenberger. He bought the Sting CD "Ten Summoner's Tales" from the retailer Noteworthy Music via the US marketplace Netmarket.

The third and last variant is the most common and well-known version about the emergence of online shopping. For this reason, e-commerce is also celebrating its 25th birthday this year.

How popular e-commerce is

A lot has happened in the evolution of e-commerce since then. From artificial intelligence to voice assistants in e-commerce. There have been numerous innovations and advancements. The fact that e-commerce is constantly evolving also seems to be particularly important, as over 90 percent of Germans shop online at least once a year. The number of e-commerce users in Germany is also rising steadily. While there were around 65 million users in 2017, the forecast for 2023 is around 71 million. 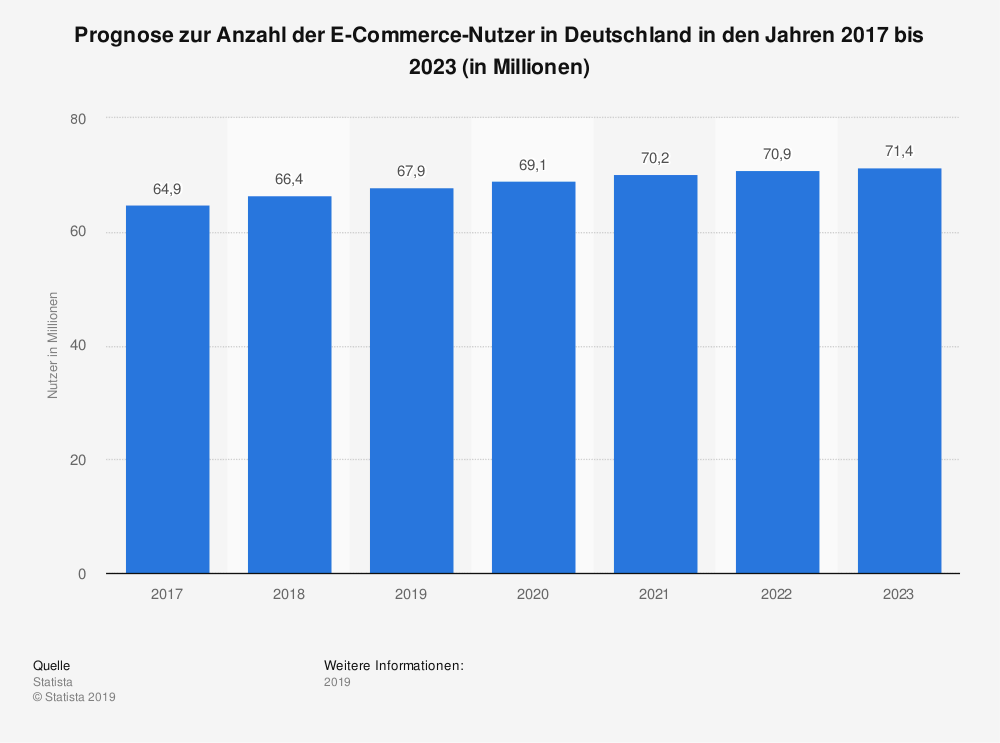 There are also major developments in e-commerce in terms of sales. While only 1.1 billion euros in online sales were recorded in Germany in 1999, this figure was already 53.4 billion euros in 2018. So online trade is booming. The three top-selling online stores in Germany are currently Amazon, Otto and Zalando. 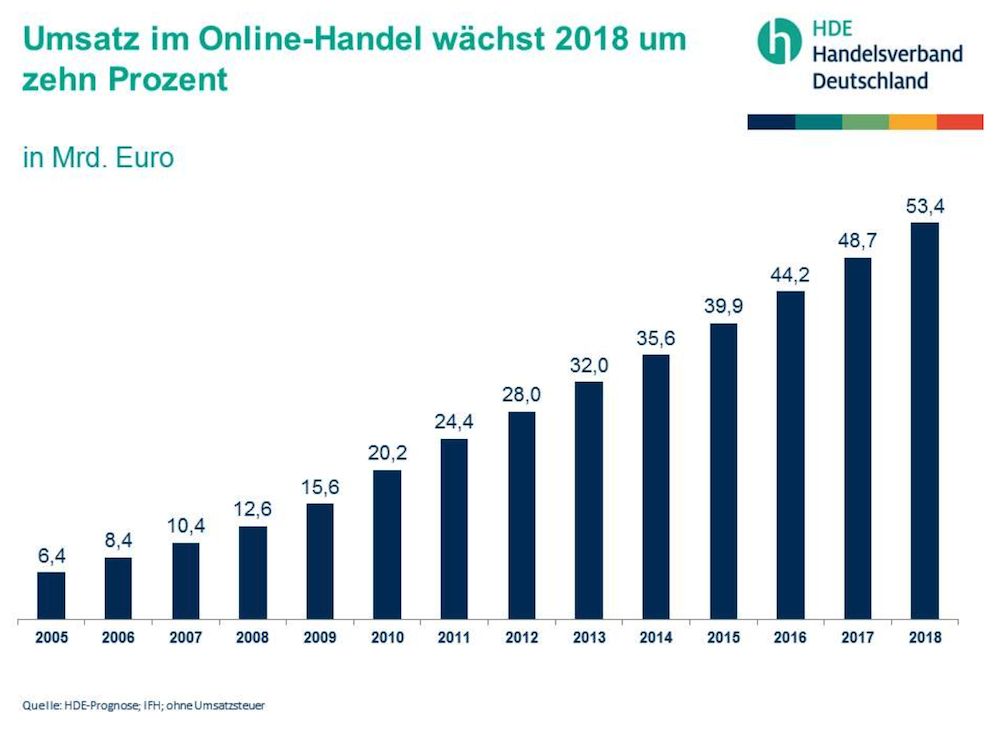 Online retail was also once in its infancy. Unfortunately, it is no longer possible to say what the very first online store was. Amazon and eBay, however, were involved at a fairly early stage.

The founding of the internet giants

In 1994, Jeff Bezos, now the richest man in the world, founded Amazon in his garage in Seattle. Initially, the store only offered books. The first Amazon order was for the book Fluid Concepts and Creative Analogies. Four years later, Amazon celebrated its 1 millionth customer. Shortly thereafter, Amazon also comes to Germany and gets its very own store. Little by little, Amazon adds more and more items to its store. Today, it is impossible to keep track of the Internet giant's product range.

eBay was founded in 1995 by the US American Pierre Omidyar. At that time, the online auction platform was still called "AuctionWeb" and was more like an online flea market where users sell used things. The founder put a broken laser pointer online, which was sold for $14.83 after a few days. After two years, the store finally got its name eBay. Increasingly, new goods were also offered by professional dealers. eBay was thus no longer just a consumer-to-consumer platform, but also a business-to-consumer platform.

Today, online stores are springing up like mushrooms. The offer is getting bigger and bigger and online shopping is getting easier and easier. So it's no wonder that this cozy shopping option is achieving ever greater success. What began very small with a CD is now being continued on a grand scale. E-commerce is no longer a novelty for us. Today, anyone can order their desired product with just a few clicks. Amazon and eBay were among the first to get involved, and they are still big players today. The development of e-commerce continues to progress and users can remain excited about what's coming next.