But those who don't buy their presents in stationary shops and carry them home themselves, but order them online, often face a nail-biter in the run-up: Will the ordered gift arrive on time? Will it be under the tree by Christmas or still in the parcel warehouse?

The parcel rush before Christmas is almost unmanageable

Especially in December, shortly before Christmas, many parcel service providers are once again overwhelmed by the sheer mass of Christmas parcels and have problems delivering them all to the recipients on time. No wonder, since according to a survey by the Bundesverband Paket & Expresslogistik (BIEK), there are around 30 million more parcels this year than in 2016 at Christmas alone: an incredible 290 million items have to be delivered! Parcel services are working at full speed to cope with the Christmas rush. However, in vain, as you can see from the current headlines. Almost every media outlet is currently reporting on "Germany's trouble with the parcel boom", on ordered but undelivered parcels, on top of hassles with the parcel carriers and generally endless delivery problems.

Although late deliveries and delays in delivery are annoying, they are by no means a mass phenomenon. Only about one in five parcels takes longer to be delivered around Christmas - about one day to be precise. And the delivery rate is only marginally lower than during the rest of the year. After all, in 94 per cent of cases the delivery is successful the first time. With DPD, there is hardly any change in the successful delivery at the first attempt.

However, it is not only the shipping service providers who are to blame if a parcel does not arrive or arrives late. So if the parcel couriers don't find anyone at home and no helpful neighbours open the door, the parcel usually goes to the next parcel shop and the infamous yellow note goes in the letterbox.

Whether it's due to the pre-Christmas shopping rush or because things are getting busy at work so close to the holidays, recipients also take longer to pick up their parcels from the parcel shops before Christmas. The parcels lie there for a good 1.4 days. Some are never picked up, but returned to the retailer. I wonder what the loved ones under the Christmas tree will say about that? 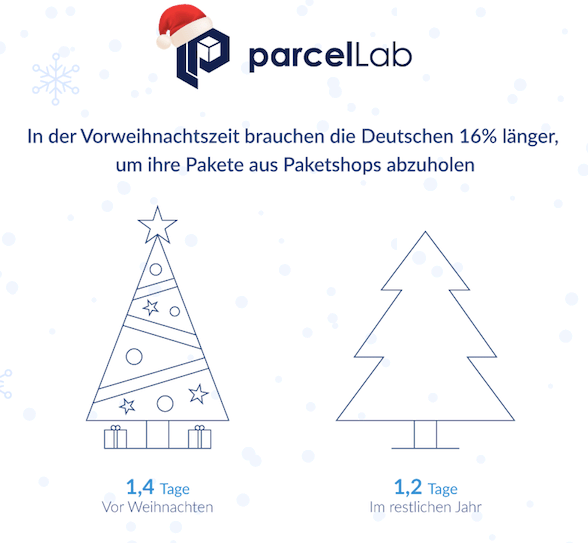 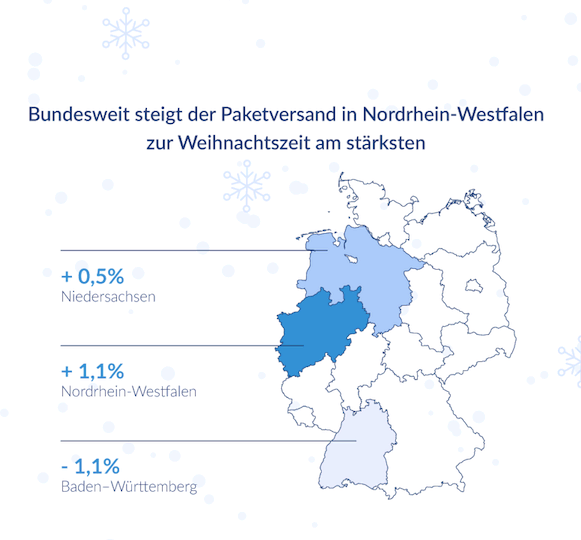 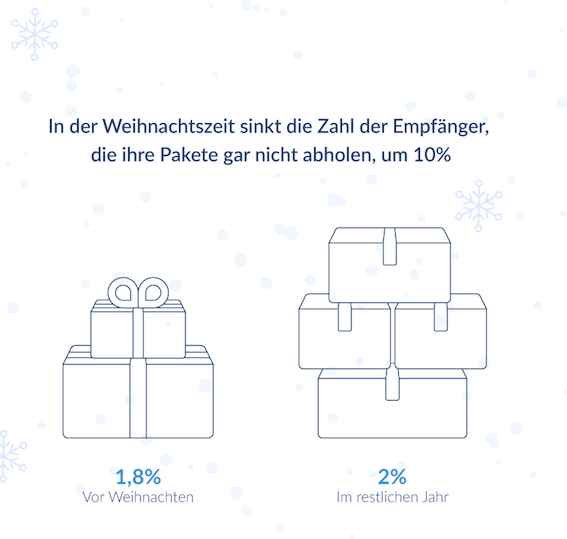