Why we need sustainable and innovative delivery systems

In 2017, 3.35 billion parcels and small packages were delivered by courier, express and parcel services (CEP) in Germany. For 2021, the Bundesverband Paket und Expresslogistik (BIEK) 4.15 billion shipments, which corresponds to an increase of more than 30 percent in just five years. Yet the service quality of the well-known CEP service providers is consistently perceived as poor. 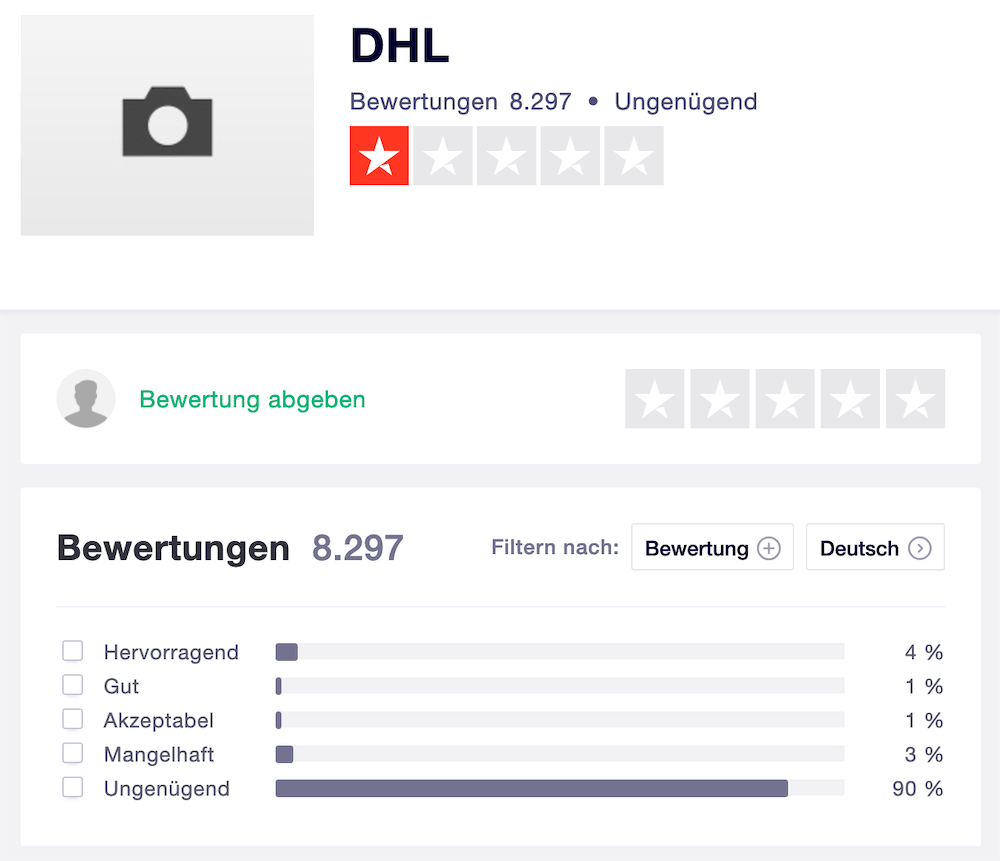 It has long been known that the quality of delivery has a major influence on purchasing decisions in online retail. More than half of customers check the delivery options before taking a closer look at the product range. With better shipping options, online retailers can set themselves apart from competitors, build a loyal customer base and increase the conversion rate.

The history of CEP services in Germany

But to understand why the service is so poorly received, it's worth taking a look at the history of parcel services in Germany. In the middle of the 1970s of the last century, UPS, DPD and DHL ventured from the USA to Germany in order to establish private parcel services here as well. Unlike today, however, the business focused exclusively on transporting parcels for business customers.

This was logical, since most of the trade was done by means of classic stationary retail stores, which were of course grateful acceptance points for the parcel services: Present during the day and often equipped with special delivery areas, nearly 100 percent of parcels were delivered in person on the first delivery attempt. The use of large-volume delivery vehicles also made sense for two reasons that were still serious at the time: Firstly, only in the rarest of cases were individual copies of a good ordered - so the delivery vehicles were always well filled. Secondly, the daily route of a vehicle consisted of far fewer stops than today. The reason for this was that not every single private household came into question as a delivery address. Things are different nowadays, of course.

Traditional delivery systems no longer up to date

This delivery system, which is actually still used today by the established parcel services in the broadest sense, is - especially in large cities with a high population density - simply no longer up to date. Years ago, the B2C sector overtook the B2B sector in CEP services, and mainly private customers who live in all areas of a city order goods from all sectors online and have them delivered to their homes.

This results in a  "lose-lose" situation for all direct and indirect stakeholders. First, the large number of individual receiving points results in an enormously high sorting effort at the freight depot, which is classically located outside the city limits. Then the parcel carriers are under enormous time pressure due to a disproportionately large number of stops on a tour. In the end, the parcel cannot be handed over personally in most cases - despite the high effort. This is because many people are naturally not at home during the day, or only to a limited extent. So online shoppers have to go in search of their parcels in the evening after work. To do this, they have to canvass parcel stores, neighbors and Packstations or stand in line for half an hour at the post office branch 3 kilometers from their home.

Disastrous impact on environment and quality of life

The old delivery system is based on large vehicles, some of which have been in the same type in fleets for decades. They are necessary because they have to make large trips from parcel centers located far outside the city. Such a system cannot be sustainable - neither economically nor ecologically.

In Berlin alone, 376,800 parcels are delivered every day using 2,450 mostly diesel-powered delivery vehicles. This fleet consumes 46,467 hectoliters of diesel annually, generating 15,056 tons of CO2, 162 tons of nitrogen oxides (NOX), and 1,390 kilograms of particulate matter (PM10). The impact on urban traffic appears no less overwhelming. Although freight traffic accounts for "only" 20 to 30 percent of urban traffic, it causes around 80 percent of inner-city congestion at peak times.

Zurich/Berlin-based ImagineCargo is revolutionizing the supply chain for online retailers by making existing bicycle and cargo bike courier services available for e-commerce. Paired with a network of inner-city storage and transshipment areas (city hubs) and linehaul collaborations, fast, flexible and sustainable delivery options can be offered. Examples include evening deliveries, time window deliveries, and same-day deliveries that reach end consumers at the time and place they want.

So the Third Party Logistics (3PL) system, which was conceived and developed from the ground up, doesn't just intervene in the supply chain at the last mile. It maps the entire process from the online retailer's shipping center to personal delivery to the end consumer. In addition to maximum speed, consumers are offered full transparency and control over the entire delivery process. Shippers only need to integrate a new carrier into their store and merchandise management system to gain access to delivery options that customers want and that are environmentally and traffic-friendly thanks to consistently emission-free delivery on the last mile by cargo bikes.