This is how Christmas in the New Normal 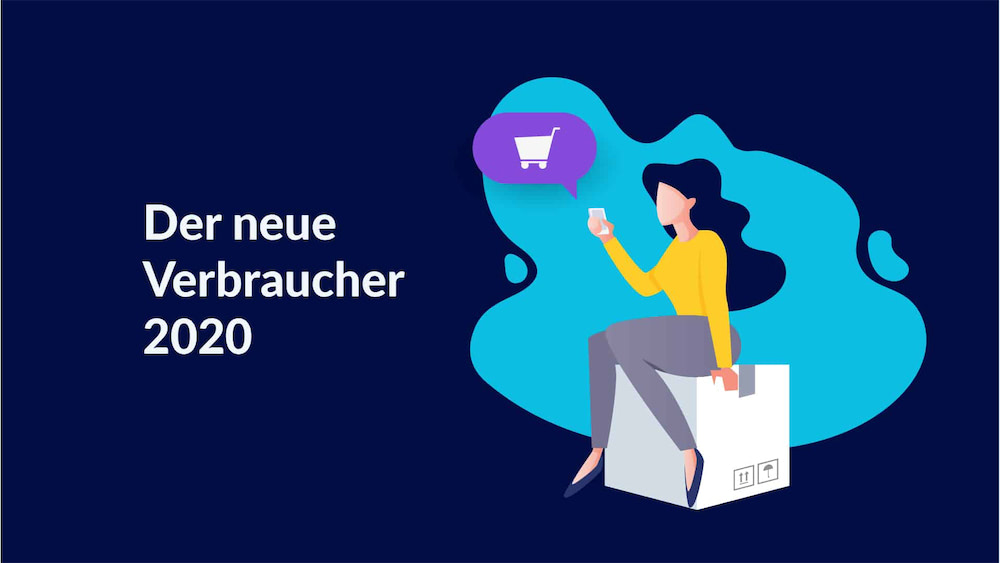 We dug through recent studies and statistics to get a more tangible sense of the new 2020 consumer and their expectations for the 2020 holiday shopping season, as well as a sense of how much online orders will increase this year.

The new consumer is a couch potato. His home has become the hub of the New Normal. It is a workplace and a place to relax all in one. After a day at the home office, the new consumer also enjoys much of his free time within his own four walls, which he has made even cozier by investing in new furniture and accessories in 2020. Whether virtual fitness classes or theater performances, online wine seminars, Netflix group binge-watching or Zoom birthday parties, social proximity has been replaced everywhere by remote digital technologies. As a result, Zoom gained 190 million daily users in just three months. Netflix subscriber numbers grew by 16 million in five months.

The same is true for shopping sprees. One in five consumers say they have bought more online since the pandemic and plan to do so in the future. HelloFresh generated one million new customers in the first quarter alone and reports record year-over-year sales growth of 40 to 50 percent. And online retail in the U.S. generated growth rates in three months that had previously taken the industry 10 years to achieve.

That new online record sales will be written in the Corona Christmas 2020, probably no one doubts anymore. But how high will the peak actually be? A review of 2019 shows that already at Christmas 2019, for example, parcel volumes in the electronics sector increased by 186 percent compared to the rest of the year, according to figures from parcelLab. In beauty and grocery, the number of parcels shipped skyrocketed by 62 percent. But those records were topped during the lockdown in Germany in March and April 2020. Compared to November and December 2019, parcel volumes in the electronics sector rose by another 17.25 percent. In beauty and grocery, growth rates were 19.46 percent.

That the Christmas surge could be even higher is signaled by figures from Rakuten Advertising that show 32 percent of consumers plan to spend even more on Christmas gifts this year than in 2019. Salesforce projects that 30 percent of global retail sales will come from digital channels this Christmas. And Amazon is looking for a total of 10,000 workers for the Christmas business in Germany.

Many industry watchers are worried: will parcel deliverers be able to handle the load? The figures from the Corona shutdown give cause for optimism. There, the industry in Germany managed to deliver packages within 1.7 days on average. That's faster than at Christmas time in 2019 (2.1 days) and even faster than during the rest of 2019 (1.9 days). One thing in particular should play into the hands of the deliverers: the trend toward home offices. For example, the number of failed delivery attempts fell by 56 percent during the Corona pandemic. In the 2019 Christmas season, the rate of successful deliveries on the first attempt was still 94 percent.

What's more, by all expectations, consumers will start their Christmas shopping earlier - thus equalizing the peaks. According to a study by Deloitte in the UK, more than half of British consumers plan to buy the majority of their gifts as early as November. However, as many as twelve percent are prepared to take the maximum risk and go on the gift hunt in the week before Christmas.

"Despite all the figures available, it is a difficult time for retailers to calculate," concludes our founder and COO Anton Eder.

Nevertheless, consumers would expect an excellent shopping experience. It is therefore recommended, for example, to extend the stated delivery times in the store a little as a precaution. Customers are positively surprised when the order arrives earlier than expected, but annoyed when they wait in vain for a promised package. Proactive communication about the current status quo in the shipping process also gives customers the good feeling that they won't be empty-handed at Christmas - even if it's only in front of the zoom camera in their own living room.

Are you ready for the 2020 Christmas season?

We all know that the shopping habits of customers have changed . But what is the impact on their business processes?

Find out what experts think will be different this year in our latest whitepaper, "Christmas goes digital: what makes consumers tick in the New Normal". Read our tips for a smooth digital peak season that creates loyal brand ambassadors.

Is your business ready for the most digital and sophisticated peak season ever?