Problems with the mail - here's what they can look like 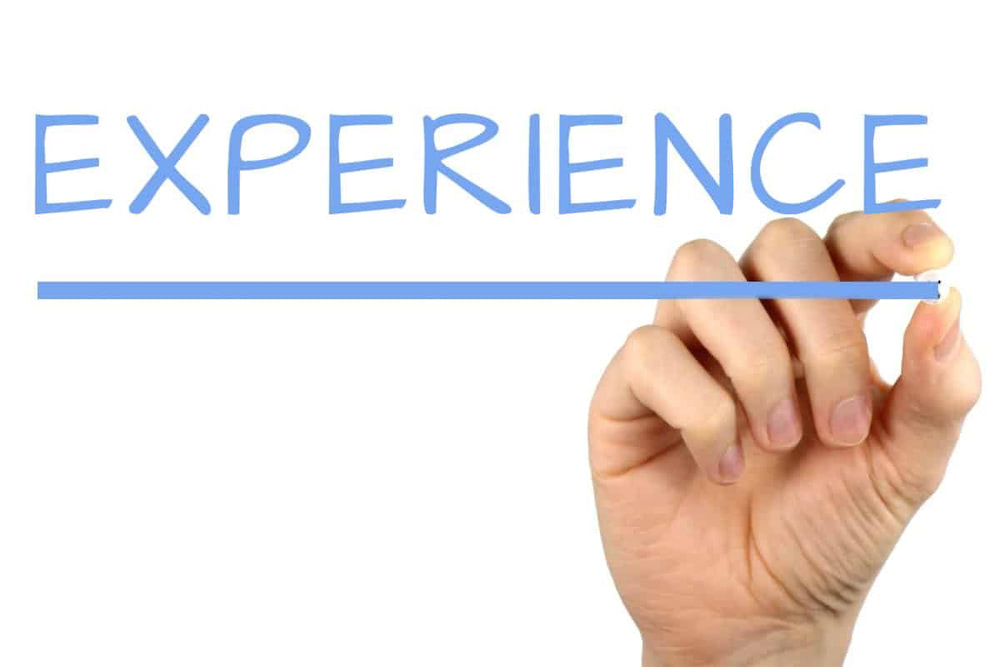 While prices for parcel delivery are rising, service quality is in danger of being overturned. An analysis of the problems.

Sent but not delivered

If you've ever waited eagerly for a package and finally found that the delivery person left without ringing the bell, or if your package was delivered unreasonably late or even lost, you're certainly not the only one. There have been so many reports of problems with parcel delivery that a more detailed investigation was finally required, from which quite a few conspicuous results emerged.

This article uses the Australian shipping landscape to examine the following:

Last July, a representative group of 1,025 Australians were surveyed about their experiences with package deliveries. Among the 643 respondents who had packages delivered (via various delivery companies) in the previous 12 months, more than half had experienced problems.

In first place among the problems was the odd situation where a delivery notification card was left even though someone was home at the time of delivery - affecting nearly one in four people (24%). Other problems included unreasonable delays (23%), lost or undelivered packages (14%), or packages left in an unsafe position (11%) or delivered in a damaged condition.

These problems were not unique to Australia Post (other parcel delivery services were also complained about), but it is clear that Australia Post is the main service provider in this area (although this situation will gradually change due to increasing competition).

Current estimated delivery times from Australia Post vary from two to six days, depending on the package's starting point and destination. As these times are estimated, Australia's Consumer Protection Act requires delivery within a reasonable time period.

Australia Post is downplaying the problems with its service. A spokesperson said, "There has been no reduction in performance at Australia Post. Our parcel network continues to deliver more than 95% of all parcels on time or even earlier than expected." But even though parcel prices have continued to rise, the number of timely deliveries has dropped from 97.8% in 2013/14 (the company's target was actually 96%) to the 95% that Australia Post claims to achieve. Nevertheless, Australia Post's 95% figure appears to be reasonable. One explanation for the difference between customer experience and these statistics could be the counting method for timely deliveries, by which unattempted deliveries (where - as described above - notification cards were left without ringing) could increase the numbers of timely deliveries, because according to Australia Post's terms and conditions, a parcel is considered "delivered" as soon as it is handed over to the recipient or - if this is not possible - a card is left stating that the parcel is available for collection.

Under the national "knock and call" process, the letter carrier and driver must knock three times on the customer's door before leaving a card. Even if Australia Post is not subject to a specific legal requirement to deliver mail directly to the door, there is a general requirement to do so in Australia Post's guidelines. A spokesperson for Australia Post confirmed that under the "knock and call" procedure, it is meant that "our mail carriers and drivers must knock three times on our customers' doors before leaving a card."

In addition, under Australia Post's policy, parcels may be left at "secure parcel drops for those who are not home during the day, provided there is a secure place to do so." What is considered "safe" can vary, of course. Accordingly, parcels may be left in more insecure, unsuitable locations.

The picture of service quality provided by Australia Post that the company itself presents differs not only from our research, but also from findings in the latest annual report of the Commonwealth Ombudsman, a kind of review body for the postal industry, among others. In 2014/15, 5,613 complaints about Australia Post were made to Ombudsman for the Postal Industry (5,351 actually resulted from Australia Post's actions). This represents a 38% increase from the previous year. Again, this increase is not exceptional: The number of complaints to Ombudsman for the Postal Industry has grown steadily since the office was established in 2006 - almost tripling. The main complaints about Australia Post are about lost letters or parcels and delivery problems (e.g., no attempt to make a delivery or a wrong approach to secure parcel deposits), which account for 31% and 27% of all complaints, respectively.

It is difficult to compare these statistics with other service providers because Australia Post is the only mandatory member of the Commonwealth Ombudsman for the Postal Industry. However, there are six voluntary members, who received a total of 16 complaints in 2014/15 - a 60% increase on the previous year.

Failure to deliver is not a new problem, to be sure. It was first investigated in 2008 by Ombudsman for the Postal Industry (who admitted at the time that it was nothing new) when he saw a dramatic increase in complaints about notification cards. Australia Postw as advised that it should review its approach to notification cards and the instructions given to suppliers.

In response, Australia Post implemented a nationwide communication program for its parcel contractors. The program is designed to remind suppliers that the service should "go to the door" and that no notification cards should be left "unless a delivery is attempted by going directly to the address and it is determined that no one was present at home to accept the item to be delivered." Australia Post also added that "where appropriate, contractual provisions relating to non-performance may be invoked. Depending on the nature of the non-performance, this may include formal warnings or breach notices."

Despite these measures, the problem has not been resolved. Since 2008, there has been a substantial increase in complaints about deliveries and notification cards. There has also been an overall increase in the number of complaints. Still, "the ratio of complaints about delivery issues, such as cards, secure package deposits and signatures, has remained relatively the same," the Postal Industry Review Board said.

So why aren't packages being delivered?

That a quarter of survey respondents who had received packages had experienced a failure to deliver is a surprising figure - as is the similar number of unreasonable delays. Such high numbers probably can't be explained by individual mail carrier actions but point to a more general problem in the system. So, what's going on here?

Some delivery problems could be explained by certain circumstances where the supplier is not required to attempt delivery. For example, if there is a risk of an aggressive dog (according to Australia Post, 280 dog-related incidents took place last year), or a locked gate prevents access to the house, or the delivery truck would no longer be in view of the supplier when entering the premises (which is often the case in rural areas due to longer house driveways).

Still, not all problems can be explained by this. According to an Australian Post contractor who delivered packages for 14 years, many problems are related to the cost pressures and time constraints placed on contractors. "There are a lot of problems in the actual practice," he says. Often, he says, the end contractor gets very little money and more delivery routes that are not feasible within the time window.

Both direct employees and Australia Post contractors are represented by the Communications, Electronics and Plumbing Industries Association. Jim Metcher, New South Wales state postal and telecommunications secretary, explained that all parcels under 2 kilos would be delivered by Australian Post employees, who would be paid an hourly wage. In contrast, any parcel over 2 kilos would be delivered by a contractor. Alternatively, the contractor could subcontract the task, adding yet another step to the chain of command. Contractors get paid a piece rate - the average is $1.70 to $1.90 per package, depending on the package size and geographic location, Metcher said. A subcontractor wouldn't get that. He would likely be paid between $1.10 and $1.20 per package.

When that pay rate is compared to the current rate for a prepaid 3-kilo package bag, which is $13.80, the difference becomes clear. On average, contractors deliver between 200 and 300 packages per day, Metcher said. To be sure, the hours depend on the size of the county where the contractor works and the traffic. But if a package delivery contractor has to deliver 250 packages in an eight-hour period, that leaves him less than two minutes for each package delivery. In addition, there are factors such as traffic and parking. So it's obvious why package delivery contractors might want to shortcut the process.

The dramatic shift in the postal industry, moving from letters to parcels, has no doubt put pressure on Australia Post. Australia Post's reserved letters division lost a whopping $283 million last year. The profit-making parcels division, meanwhile, has struggled to cover those losses, but that has certainly helped prevent parcel price increases from improving performance.

What can and must be done?

None of this, however, provides a solution to the frustration of a non-delivery or a delayed or lost package.

Thanks to today's technology, it's much easier to track delivery drivers. According to Australia Post, every complaint is investigated. Therefore, if you experience issues with non-deliveries or significant delays, it is worth making a complaint (social media channels are a great way to get a quick result).

If packages are lost or damaged, you may have a right to compensation. Even if a package was not sent by registered mail or with additional coverages (which offer different amounts of compensation), regular packages may also be eligible for compensation (according to Australia Post, compensation of up to $50 and a refund of postage is available).

Australia Post already offers some alternative delivery options for parcels. And as more parcel companies (offering overnight delivery or kiosk pickup, for example) enter the market, Australia Post's offerings are expected to become increasingly innovative. Currently, Australia Post users who sign up for a MyPost account can use quite a few alternatives to the traditional "to the door" service. These other options include.

Night deliveries are now being trialed at Australia Post. While this increases the likelihood that you will be home at the time of delivery, it certainly does not reduce the pressure on the letter carrier. The future will show whether night deliveries can eliminate the problems or not.

By the way: freshly published, you can here also get an up-to-date picture of the German shipping landscape - with the new Parcel Study by parcelLab in cooperation with the BVOH!